Various updates for all of my clients. This included trying to use If This Then That to automatically post the items in an RSS feed to Twitter. That went badly as the only set up I could find for doing that was extracting the information differently to how I wanted. So instead I used dlvr.it to do the posting to Twitter instead.

Dlvr.it has been reliable for another client, their free account only allows the consumption of three RSS feeds, which is fair enough. This client had more than that that they wanted to post from, but they were all quite quiet so didn’t really want to pay for an account. I wrote them a new RSS feed which merged together the separate news feeds each main department had, and new jobs, which solved this problem.

I had a day at The Skiff coworking space with Laura to tackle a bunch of the work needed for our mutual clients. A lot of that was around the Apply with Indeed system two of the clients are using and working in the same place helped a lot with making progress. I love the flexibility of coworking for this – the ability to work together when needed, but not all the time.

Some notes on a new section I need for Brisk, but no decent progress.

Sleep was better, productivity was mainly curtailed by Katie having a lot of late shifts so I was doing a lot of the school runs, although family did one which let me have a good Monday.

Thursday was almost a complete write off work-wise as it was a big birthday for my dad and I went to lunch with my parents and lots of relatives, then went straight to childcare mode. It was great seeing everyone, although not great for billable time. Given the hours lost over the week I’d usually have caught up at the weekend, but as that contained my birthday, I didn’t do that.

This got lost in all the non-work time this week.

Attendance was 17, we met once again in the Caxton Arms. My notes were…

I had a long conversation with Dan as we both have the same problem – we have to buy very large tops to get a sleeve length long enough to reach over our wrists, but then have a body size large enough to fit two people in. And needing size 13 (UK) shoes means ordering from the internet and doing a lot of sending back. Tall people problems. Given how many men in their 20s are at least as tall as me, I’m hoping clothes manufacturers start providing more extra tall clothes in mainstream shops soon.

The Samsung U28E590D monitor I got for the Skiff is a massive improvement over my 13 year old Mirai monitor, very high resolution and lots of space for everything. It came with a Displayport cable but I didn’t realise that of course my laptop has a mini-DisplayPort port, not a big version, so I’ve had to order an extra cable to be able to get the best from the monitor. Currently I’m using it via HDMI, but it should run at a higher refresh rate with the cable I’ve ordered.

I also ordered a Perixx vertical mouse, which is pretty comfortable. I’ve used a Perixx split keyboard for ages and so was willing to take a risk on another of their products even though they’re not a big brand name. The mouse is decent – a good shape, rubbery where your thumb rests so easy to move around, and a good buy at £15. It’s not as good as my Evoluent one I use at home, but is a heck of a lot cheaper so the Perixx is well worth trying if you’d like to test a vertical mouse. Now I’ve used one for a while, I hate using normal mice as I can feel my arm twisting when using them.

As I now have a bunch of ergonomic equipment, especially mice and alternatives, I was thinking of writing up some reviews of how I find them. Another thing to add to my list.

Leonardslee Gardens. Recently re-opened under new ownership after a few years closed. They’re obviously still sorting the place out after it wasn’t maintained for a lot of the time it was closed, but it’s very beautiful. 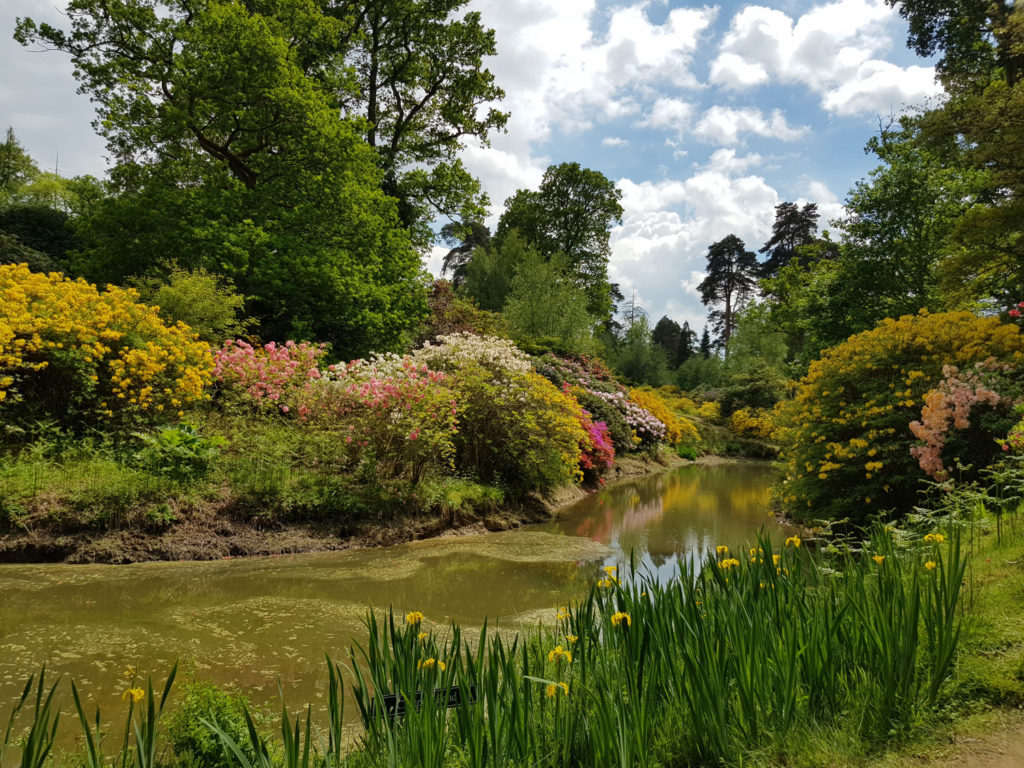 Writing with: the Papermate Inkjoy Needlepoint, almost empty but I got a new pen for my birthday so will likely be using that next week.