Lots of changes for two of my onrunning clients, but nothing particularly write about within it. For another I was doing Google Ads (Adwords) and more social media work, and looking back at what search terms they’ve received traffic for through Google Ads which I could then write content around to try and get them more visitors from normal search results.

I used the alpha version of my app for some client work and have realised the page where you make negative keywords is more confusing now the suggestions are coming in. I’m pondering on how to change that without having to re-do the whole page. I think putting some thin lines between each chosen search term might be enough, so I need to put that in and see how it feels in use.

Sleep started out OK, then went downhill as my brain decided 5am was a good time to wake up and not get back to sleep for several days in a row. This has happened before when I’ve been consistently worken up by my son at particular times of the night – eventually my brain decides that’s the time I’m supposed to wake up. I’m not sure how to fix it, but it has faded off before.

Katie had the week off to spend with Tom over half term, so I had full work days for the whole week. This meant I got a lot more done, apart from on Thursday which was knocked by really bad sleep.

I continued with 30×500, finishing a lesson on understanding my audience’s underlying worldviews and attitudes and how to look at which of mine overlap with them.

Attendance was only 12 on a cold and drizzly night. As usual we met in the Caxton Arms. My notes were…

Sky very kindly gave me some tomato plants and a courgette plant. I managed to get these in to pots full of compost we’ve made (developed? We don’t have a lot to do with making compost, we let the worms get on with it.) The potting was squeezed in late on Thursday as it was getting dark, but the plants seem to have survived OK. They’ll eventually go in to the garden, but they need to be kept alive while I find time to dig the weeds out of where they’re going. 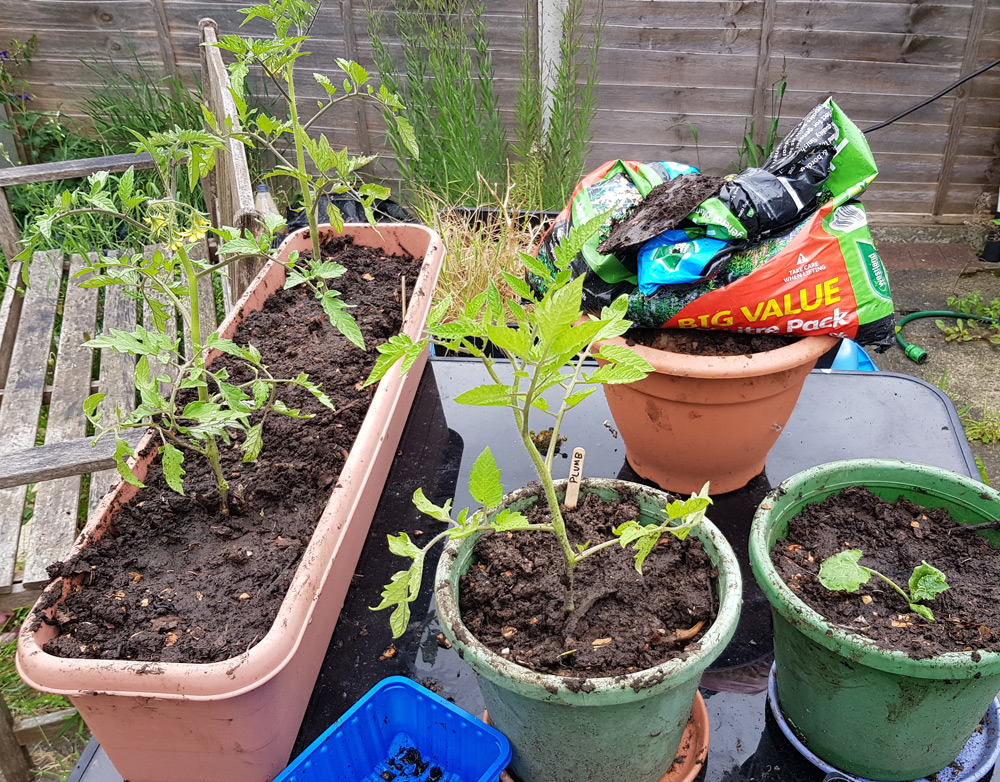 It was Katie’s birthday at the weekend and we went for lunch with her parents at a local restaurant which has a climbing frame activity centre thing in their garden, which was great for keeping Tom distracted.

Writing with: a Platignum Studio fountain pen which I was given for my birthday. It’s a very nice writer, with a medium nib which makes the lines a bit thicker than I’d really like but it feels so good I can ignore that.

Writing in: the last few pages of my Flying Tiger “Bullet Journal” notebook. Pondering what to use next, I have another of these in a different colour, but I’d like to vary things a bit and maybe have a plain notebook after several months of dot grid ones.